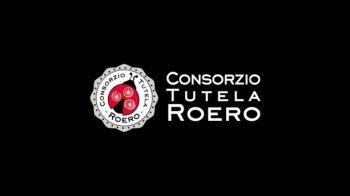 The selling of ROERO ARNEIS is increasing

A nearly 4 years since the establishment of the Roero Consortium, we took stock of the situation with its president, Francesco Monchiero, he confirmed a few months ago.

From his words reflected a positive balance: in 2016 the Consortium has consolidated the positions and has become the protagonist of an intense activity of management and promotion of the denomination of protected origin.

The production potential “If the Roero Arneis”, debuted Monchiero, “marked a physiological increase compared to 2015 (about ten hectares more, for a total of about 920 hectares), the situation of the Roero red wine is stable and has It confirmed the 200 hectares of the past years. ” Definitely interesting trends of the congestions and sales of Roero Arneis: in 2016 the increase was approximately 500 thousand bottles on 2015, bringing the overall figure to 6 million 400 thousand bottles. This development has led to the complete rebalancing of the sector dynamics and allowed to recover in the harvest in 2016, the ceiling of 100 quintals per hectare, than in the two previous years had been reduced before 10 and then 5%..
If this trend is also confirmed in the coming years, the Consortium could review the plan on the rise of “rational growth” of new plants (the quota for 2017 will be 15 hectares). Monchiero continues: “A partial setback is the one displayed by Roero red wine. After two years of growth, in 2016 the congestions have slowed leading to 430 thousand bottles of this type. The causes of this braking are many, not the least coincide with the entry into trade vintage 2014 not always flawless from a qualitative point of view. Almost a conservative attitude taken by the producers. ”

The new legislation In 2016, the Roero Consortium has launched the new wording of the Regulations of the denomination, which should come into force during 2017. Three main changes.
1) The ability to untie the Arneis grape variety name from its type, making it feasible diction Roero Arneis, Roero is that only for the white wine.
2) The ability to apply the term “reserve” also Arneis Roero if they occur three production conditions: the 0.5% increase in alcohol content and 0.5 per thousand for total acidity and storing wine in the company for at least 14 months from November 1 after the harvest.
3) The inclusion in the specification of additional geographical indications. 134 will be among the most significant and prestigious references such as Valmaggiore, Occhetti and Renesio.
The promotion on this front, the report covers things done and others being planned. Among the things done, remember the intense activity on social media and the work developed in the US by an American agency. Great was the Roero days resonance which in 2016 made a stop at the Reggia di Venaria and this year will be staged on 26 and 27 March at the Museum of Navigli in Milan. The format will be the same, or with various work plans: the wine bar designed to enhance the entire production linked to the Consortium, the tasting room with about forty manufacturers protagonists of intense exchanges with fans and experts, some wine tastings also available the press and the support of the local cuisine, this time played by David Palluda the Channel Enoteca restaurant.
Do not forget, then, sharing the Roero Consortium, in collaboration with the Consorzio Barolo Barbaresco Alba Langhe and Dogliani and Albeisa, the exhibition Grandi Langhe scheduled between Langa and Roero April 2 to 4.